LOVE AND DEATH IN BLUE LAKE by Cynthia Harrison 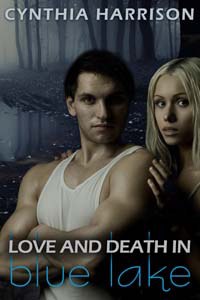 Courtney and Eddie were high school sweethearts who married young and split up over Courtney's desire to start a family.  Courtney moved to California and became a successful force behind the scenes in the music industry, while Eddie opened a bar and became a 'love 'em and leave 'em' type.  A school reunion brings Courtney, now trained as a psychiatrist, back home to Blue Lake...


I've read another of Cynthia Harrison's books, Lukes #1 Rule, and I felt the same about this one ~ her writing is so readable, almost conversational.  It's very American, in a way that I like, as it highlights the differences between English and American language and attitudes in that the books are about ordinary, small town people.  I loved this passage, with Eddie commenting on Courtney's engagement ring from her California lover: 'Huge stone.  Not the kind of ring people wore round here, no matter how much money they had.  Sucker was the size of a quarter.'  Or one of the gossipy, narrow minded school reunion guests, when Courtney considers 'setting up shop' in Blue Lake: 'Nobody here needs a shrink.  Well, Spence had issues, but he's from downstate.'

There are two stories running through this, one being the complex relationship between Courtney and Eddie, and the other a revenge scenario between camera girl Lily and bad experience in her past.  I was most interested in the former, but the two come together to make this more than just a contemporary romance/drama.

Ms Harrison's writing is clear and honest, with emotional statements that appear to come from the heart.  'Why does youth squander happiness like there is a never-ending supply?'  Courtney is a terrific character, I believed in her completely; a well drawn main character will always make a novel a 'page turner'. 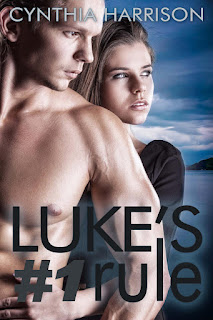