OWEN - Book One of the Tudor Trilogy by Tony Riches

Historical drama based on fact 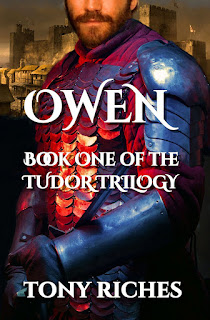 I am deeply fascinated by all things Plantagenet and Tudor, so leapt on this book when it became available on Rosie Amber's review team list.  I was particularly eager to read it as Owen Tudor is someone about whom I knew little, apart from his having been Henry VIII's great grandfather.  My knowledge of the events leading up to the Wars of the Roses is sketchy, too, so this book was an education as well as a great story.


The novel is well edited and proofread, which was a real treat in these days of dubious standards; I could tell that Mr Riches had spent a great deal of time drafting and redrafting, and the structure of the novel itself is extremely well thought out.  The story flows beautifully throughout and is simply written, in the present tense, which is always an odd choice but worked well in this case. 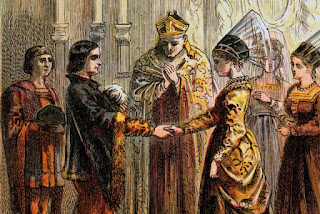 At first I was not very taken with Riches' Owen Tudor; he seemed like a bit of a stuffed shirt and I couldn't imagine why he aroused such passion in Juliette the servant girl and Queen Catherine de Valois. I found the prose a little stilted, though not terribly.  I much preferred the latter half of the book, after Catherine's death, when it loosened up considerably, Owen's adventurous side came to the fore and I became engrossed.  I looked forward to the introduction of characters about whom I know more: Margaret Beaufort (one of my favourite women in history), and Jasper Tudor, who I've always rather fancied; well done, Mr Riches, you portrayed him so well!

That the book is well researched is clear; many domestic details are included, but these are artfully woven into the story, rather than lumped in to show how much the author has mugged up before beginning to write.  I did wonder if a reader who knows nothing of this historical period might get a little confused by all the dukes and bishops and their various allegiances, but then it is likely that anyone reading this would already have an interest in the period.  There is an author's note at the back to explain which characters come from Riches' imagination and which are from real life.

If you're interested in the Wars of the Roses and the origins of the Tudor dynasty I'd definitely recommend this book, and I look forward to reading the next one in the series - about Jasper! 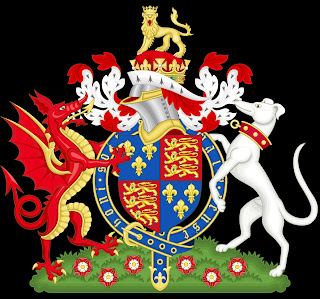