THE END OF THE ROAD by Anna Legat @LegatWriter

On Amazon UK
On Amazon.com 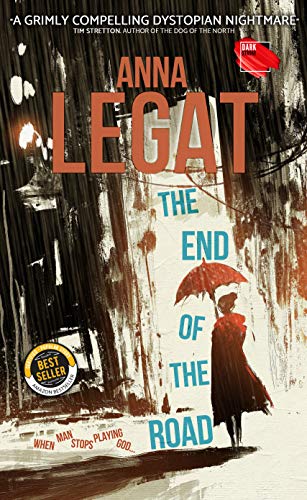 In a Nutshell: A world war to end all wars - nuclear missiles, nerve gas, biological weapons, and then meteorites.  But a handful of people survive...

The year is 2027, and conflicts between nations reach crisis point - nuclear bombs, nerve gas and chemical weapons, followed by meteor showers, wipe out the entire population of the world, apart from a very few.  The End of the Road is the story of those who survive - philandering English lawyer Tony, two nuns in Liege, a scientist in Siberia who lost his family in the Chernobyl disaster forty years before, ditzy vlogger Bella in New Zealand, and a few others.

Some of the scenarios intertwine, and indeed they all do eventually, but I was completely engrossed in each one.  There was not a single weak point; when I was reading Reggie, the caretaker of a billion dollar estate in South Africa, I'd got to about 86% and started reading it as slowly as I could because I didn't want it to end.

At first I was a little confused because there are no actual chapters; each new scenario begins with the location and the name, and that's all, and I wished there was a date, because I wasn't sure exactly when they were all taking place, but I soon got used to the unusual structure, and saw that the actual time frame did not need to be stated.

The narrative is stark and shocking, but the characters and their backstories (just enough, never too much) are written with a light touch and, sometimes, a glimmer of humour - and at the end, even though humanity has finally succeeded in wiping itself out (almost), certain areas of hope remain.

This is currently tying with another for the 'best book I've read this year' award - it's fabulous.  Can't recommend too highly.  And the moral of this story is: don't ignore those passing book tweets.  If you think 'that looks interesting', go download it!