On Giving the Unknown Author a Go #TuesdayBookBlog #RBRT

Recently I've run a poll on Twitter to see how much people are willing to pay for either a debut novel, i.e., one by a writer who has not been tried and tested.  This was sparked by a conversation on the subject with writer Ben Winter.  At the moment, the '1.99-2.99' option is winning.

This led to chat with others about trying unknown authors, generally, and I commented that something I love about being a member of Rosie Amber's book review team is that I have, on occasion, discovered a real gem that I would otherwise not have known existed.

As I have no book review ready for #TuesdayBookBlog for the second week running, I thought I'd show some examples of those gems - in many cases, I've gone on to read more of the author's books.  Please note, they are all by authors I had never heard of before I chose their book to read.  I didn't know them from Twitter, I hadn't even seen a passing tweet by them!

The poll is HERE, if you would like to vote - I know it's not a black-and-white question, but you're only allowed 4 options!

...and here are the books.  I've been keeping this blog and reviewing for Rosie for nearly 9 years now, so some of them go a fair way back.  Click title of book for my review and Amazon/Goodreads links.

The Silent Kookaburra by Liza Perrat

I've read almost all her books since this one!  Excellent family drama set in small town Australia. 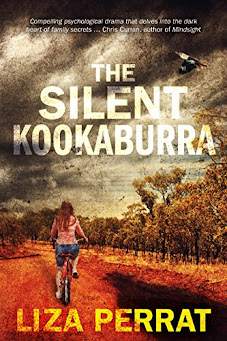 The Usurper King by Zeb Haradon

A great find indeed.  I've read two more since; his latest, Cousin Calls is one of my favourite books in years.  Genre?  He writes like no one else, and certainly doesn't fit into any neat Amazon box.  Just take a look :) 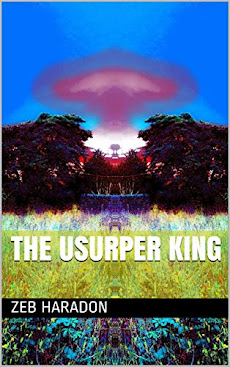 The World Without Flags by Ben Lyle Bedard

Post Apocalyptic, therefore right up my street, though that is no guarantee I'll love the book!  This, however, was so good I bought the prequel as soon as I'd finished it. 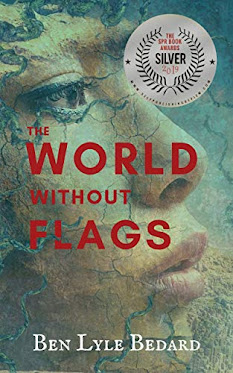 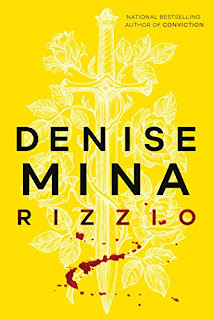 Actually the sequel; I read the first book via Rosie, too.  Dystopian, scifi 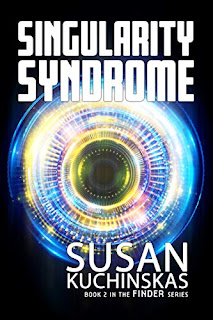 An Idle King by Andrew Paterson 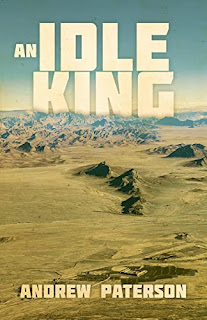 Non-fiction, an account of an airplane tragedy.  Bought her next book too - just as good. 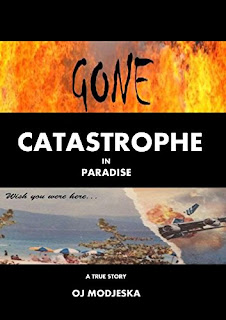 Went on to read the whole series (I liked Book #2 best), and also read an earlier book of his.  Time Travel, human drama. 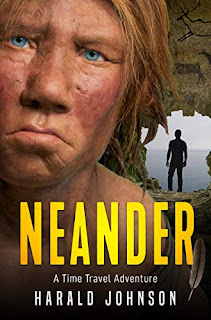 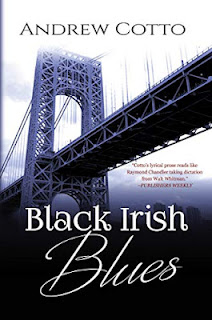 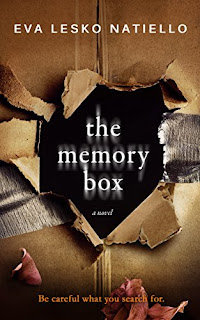 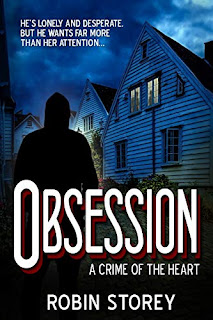 Read this years ago but it still sticks in my mind as a terrific book.  Drama about a homeless man. 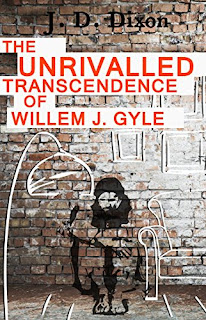 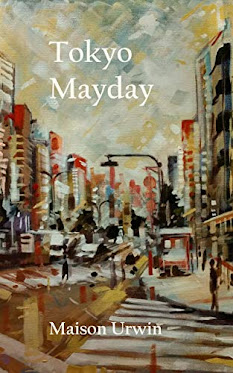 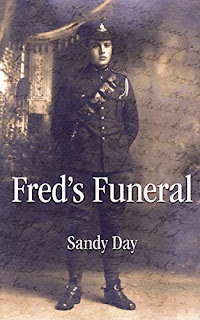 The Code For Killing by William Savage

Not the first of Mr Savage's books that I've read - I read his first one via Rosie's blog and went on to read about ten more!  Historical mysteries. 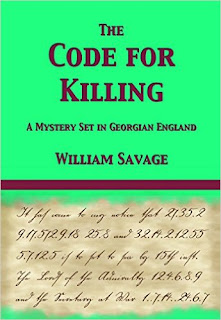 The Brazilian Husband by Rebecca Powell 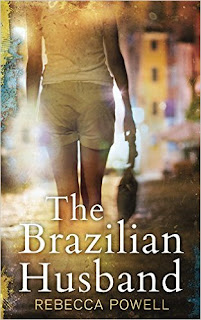 I'm a great one for buying random books via Amazon browsing, or after I've read a great review on a blog.  Perhaps one of these might hit the spot for you, too :) 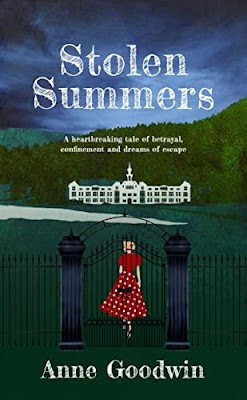 How I discovered this book: it was submitted to Rosie's Book Review Team, of which I am a member.
In a Nutshell: the prequel to Matilda Windsor is Coming Home
For anyone who hasn't read Matilda Windsor is Coming Home, do read this novella-length prequel first.  It centres around how, in the 1930s (and before, and a while after), unmarried girls who became pregnant were often sent to mental asylums - once inside, they would become institutionalised, some to spend their whole lives locked away.  Poor Matilda - the first scene, when she thinks she's going home from the nunnery where she had her baby, but is in fact being driven to Ghyllside Hospital, is heartbreaking.  It made me want to reach out a hand and shout, 'don't go in!  Run!'
The book alternates between the outbreak of World War II, and the early 1960s, when she and her friend organise little escapades.  Alas, Matilda, already emotionally and mentally unstable because of her years at Ghyllside, cannot take on board how much the world has changed.  Finally, there is a chapter set in 1989 which, if I remember rightly, is how the main book starts.  By this time her mind is gone, though she is not unhappy in her fantasy world.
The book is so well-written, and I thoroughly enjoyed it all the way through, even though it made me want to weep for Matilda and the other women like her.  Highly recommended.
Posted by Terry Tyler at 10:07 1 comment:
Labels: 4.5 - 4.9 stars, 4.5 stars, Anne Goodwin, Family Drama, mental health, Novella, Rosie Amber's book review team, Stolen Summers, Terry Tyler Book Reviews 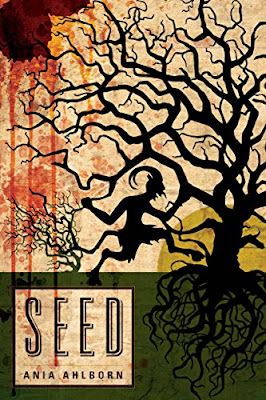 How I discovered this book: Amazon browse
In a Nutshell: Low key horror, family drama about demonic possession
This is a solid 4* book (I did contemplate an extra half star).  Jack lives with wife Aimee and daughters Abby and Charlie.  At the age of six, Charlie begins to display some worrying traits - Aimee and Abby are disturbed and confused by this, but Jack knows what is going on - he sees himself in his daughter.
As the story develops we see how Jack uncovered the awful truth that he is the victim of demonic possession.  This is nothing like The Exorcist; it's much more subtle.  The plot moves through Charlie's increasingly erratic behaviour, and is interspersed with tales from Jack's childhood; slowly, slowly, the truth about why he left his childhood home and what happened to his parents, is revealed.  The pace of the book seemed a little slow at points during the middle (one big event would have made all the difference), but I didn't get bored with it, at all.  The last chapters are great, and wrap it all up so well; I was glad the author dared to make the ending all it should have been, and not go with a cop-out HEA.
Ms Ahlborn writes in a most engaging fashion, and Charlie is truly terrifying ... in a subtle, low-key way.  It would make a terrific film or limited series.  I'd read another book by her, for sure; I definitely recommend if you like this sort of story.
Posted by Terry Tyler at 04:28 No comments:
Labels: Ania Ahlborn, Family Drama, Horror, Louisiana, Psycholgical thriller, Seed, Terry Tyler Book Reviews
Newer Posts Older Posts Home
Subscribe to: Posts (Atom)