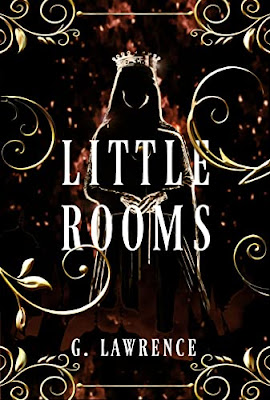 How I discovered this book: Last in a series by one of my favourite authors - automatic purchase.
In a Nutshell: The last years of of Elizabeth I
I actually missed about three of this ten book series because, you know, so many books so little time, so I thought I'd chance not knowing exactly what was going on and dive into the finale - and what a finale it was.  It's a huge achievement to have written such a detailed biography of a historical character, and must make Gemma Lawrence one of the finest authorities on the last of the Tudors.
Little Rooms opens with contemplation on old age and death, a thread that continues throughout the whole as Elizabeth looks back on her life, those she has cared for and still misses, and feels Death waiting for her in the shadows.  I loved her outlook on what it means to grow old; anyone over the age of fifty will identify with all that she says, particularly her thoughts on how she views the young, and how they view her.
Much of the book is taken up with the bizarre behaviour and treachery of Robert Devereux, Earl of Essex and stepson of Elizabeth's life-long love, Robert Dudley.  Here I was aware of the gaps in my reading, as I hadn't read about Dudley's death or her favouritism towards Essex.  Not knowing the history of the later Elizabethan period actually added to the 'page-turner' quality of this book; I couldn't wait to find out what would happen to this sly, fickle young man, what would happen in Ireland, etc.  I was most interested in the Bolingbroke and Richard II comparison, too.
In Little Rooms, Elizabeth comes across as all I've imagined her to be at this stage in her life - a wise old woman hitting out with a stick and her sharp tongue, bestowing much on those she loves, applying sense and reason to problems in the realm with great insight and a dry wit.  All of this, while wearing elaborate gowns, wigs and make-up.  In fact, 'elaborate' doesn't even go there.  See below.
It was great, but you really should start at the beginning of the series! 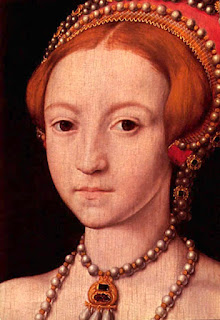 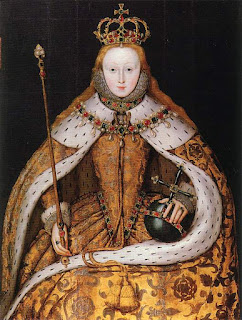 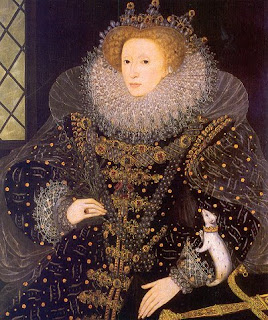 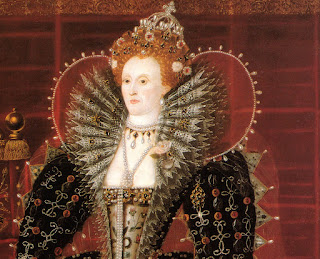 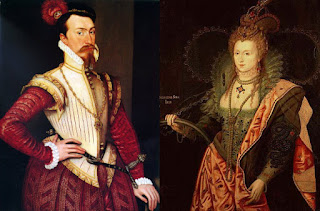 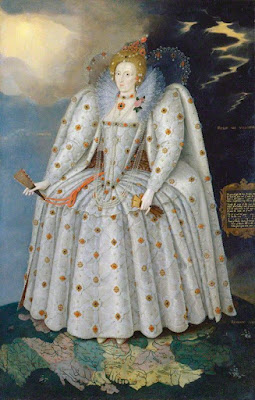 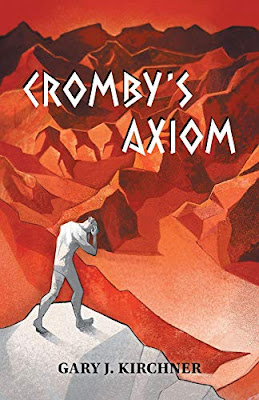 How I discovered this book: it was submitted to Rosie's Book Review Team, of which I am a member.
In a Nutshell: dystopian; battle against invasive technology.
There are so many good dystopian books around now, and I love reading the many, wildly different versions of what might await us in decades to come.  I enjoyed this, the debut novel by Gary J Kirchner.
In the future, the people are crowded together in cities and connected by the Hive mind; all thoughts are connected, all information just a micro-second away.  Tommy is a world famous athlete who finds himself lost in the 'Fallowlands' of Switzerland - and, worse than this, he has somehow become unconnected, as he discovers when he searches for the information he needs about where to go and what to do.  Eventually he meets up with members of the Ketchen: rebels who live outside the cities and the Hive mind.
The differences between life inside the Hive and the old world of the Ketchen give one a lot to think about, especially if one is of a certain age and grew up without the technology that exists now.  The sinister truth about Tommy's world unfolds gradually, and is no less shocking for being almost expected.  Several times, one of the people who controls Tommy offers some depressing reflections of our real world:
'...from the days of metal electronics and hand-held interfaces to skin graft technology and visual implants and finally to seamless thought communication, the same pattern was followed: technology is developed, a vanguard establishes its use, meek voices raise issues of privacy and ethics, which simply get swamped in the global rush to embrace this newest step...'
And about why the Ketchen are allowed to exist:
'It's healthy to have an enemy.  It brings people together... the idea that 'out there' are outlaws, bad guys who want to do your side in.  If the Ketchen didn't exist, we'd probably invent them'.
Tommy is a likable character and, despite my feeling that some of the explanations could have been edited down to be more reader-friendly, the story held my interest throughout.  The exciting events of the last ten per cent of the book, and the ultimate end, are particularly good.  I'd definitely like to read more books set in this world.
Posted by Terry Tyler at 05:02 3 comments:
Labels: 4 out of 5 stars, 4 stars, Cromby's Axiom, Dystopian, dystopian books, Gary J Kirchner, Rosie Amber's book review team, Sci-Fi, Terry Tyler Book Reviews 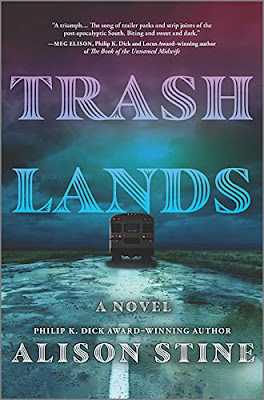 How I discovered this book: I read about it on Kindig Blog HERE (thank you!)
In a Nutshell: Climate change/industrial pollution-orientated dystopian
Some decades from now (anything from 50 to 100 years' time, I believe), the earth has flooded, many flash fires have occurred, and waters are polluted by industrial waste and plastic.  Society as we know it has broken down, and new ones have emerged.  The currency for the poor is plastic - they 'pluck' it from the water and sell it for recycling into house bricks, which affords them a meagre, subsistence-level way of life.
Coral, Trillium and Mr Fall live in Scrappalachia, formerly without the 'Scr', a vast area of junkyard.  Their own corner is dominated by a strip club: Trashlands.  Meanwhile in the cities, the workers are a different sort of poor.  They live a hard life, too: a high rate of crime, queueing for food, and little in the way of comfort.
As often with this genre of book, what I was most interested in was the world-building.  At first there was frustratingly little, just a few snapshots showing how the current situation came to be, but it built up as the story went on with much more detail near the end, by which time it meant so much more than if I'd learned about it from the beginning; the narrative often divulged information in words left unsaid.  I liked how the fashion for names has changed; mostly, people are named for places, plants and animals that I imagine no longer exist: Tahiti, Miami, Foxglove, New Orleans, Mangrove, Golden Toad - and Coral.
There is no big apocalyptic happening but a slow deterioration of the world we know, starting with the floods.  This means, of course, that there is also a gradual deterioration in intellectual possibility and knowledge of the world, as the internet and TV no longer exist and most books have been destroyed; also, the people are more concerned with staying alive than being educated.  It's like a move back to medieval times, but with a polluted world rather than vast areas of lush green and clear water waiting to be utilised.
The story is told in medium length chapters from many points of view - Coral, her man Trillium and her 'father', Mr Fall; also Foxglove and Summer, 'dancers' at Trashlands, Rattlesnake Master who owns it, reporter Miami from the city, and a few others.  Always my favourite structure if done well, and this was.  The story itself centres around an event in Coral's earlier life, but the plot seemed like a backdrop for this detailed picture of our future world, rather than the opposite way round.
There were a couple of areas that I thought could have done with a bit more thinking through, like how the people of the junkyard would have been unable to work or survive on a diet of insects, weeds and the odd rat, and that petrol and diesel deteriorates in about a year at most, but every post-apocalyptic story I've ever watched or read ignores this second point; if it's good enough for The Walking Dead, I'll suspend my belief here too 😉.  To sum up, I was absorbed by this book all the way through, thought about it afterwards and would love to read more.  There: that should be all the recommendation you need!
Posted by Terry Tyler at 01:54 2 comments:
Labels: 5 stars, Alison Stine, climate change, Dystopian, dystopian books, Post Apocalyptic, Sci-Fi, Terry Tyler Book Reviews, Trashlands
Newer Posts Older Posts Home
Subscribe to: Posts (Atom)