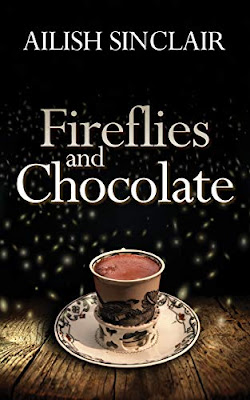 How I discovered this book: it was submitted to Rosie's Book Review Team, of which I am a member.
In A Nutshell: historical and romantic fiction set in mid-18th century Scotland and Pennsylvania.
I very much liked Ailish Sinclair's debut novel, The Mermaid and the Bear, so was looking forward to this, and I was pleased to see it's about the same family, a couple of generations on - this time the main character is Elizabeth Manteith, whose family is going through difficult times.  Her father is caught up with the Jacobite rebellion, and Beth spends most of her time with the servants.
A ghastly accident of circumstance leads to her being imprisoned on an Aberdeen slave ship, taking children and young people to the tobacco plantations of North America.  A round of applause to Ms Sinclair for using fiction to highlight little-known history - I knew nothing about this.  Once in America Beth's life remains hard, though not as hard as one might have feared for her.  She longs for word from home, and strives to find out the location of Peter, a boy she became close to on the ship.
Beth is an engaging character, as is Michael, in whose house she works.  I'm not a romance reader (not least of all because I always know exactly who is going to end up with whom, as soon as they meet!), but in this book the romance aspect is subtly threaded through the main story, an undercurrent rather than centre stage.  I loved reading about life in the mid 18th century; it's a very 'easy read', just flows along, while being quite a page-turner.  I enjoyed the whole book; the pace is just right and there were no boring bits!
Ms Sinclair has chosen to write Beth's first-person narrative in Scottish dialect.  Normally this would drive me nuts, but the way she has executed this is perfect for the book, absolutely right.  She concentrates on the Scottish words Beth would use ('dinna' rather than 'didn't', 'fit' rather than 'what', for instance) rather than trying to write dialogue in a Scottish accent, which would have been tedious in extreme - from the beginning, I found myself reading it in Beth's voice.
I was most interested to read, in the Author's Notes at the back, that not only was it based on a true occurrence, but some of the characters are based on real people.  This always adds a pleasing dimension to a story.
It's a well-researched and delightful book, as was the last one.  The only reason I've given it 4.5 rather than 5* is that I tend to like books that are a bit darker than this, but that's only personal preference, not a criticism.  It's a story to curl up and escape with.  A definite recommendation, and I look forward to the next.
Posted by Terry Tyler at 02:55 1 comment:
Labels: 18th Century, 4.5 - 4.9 stars, 4.5 stars, 4.5 stars America, Ailish Sinclair, Fireflies and chcolate, history, Philadelphia, romance, Rosie Amber's book review team, Scotland, Terry Tyler Book Reviews 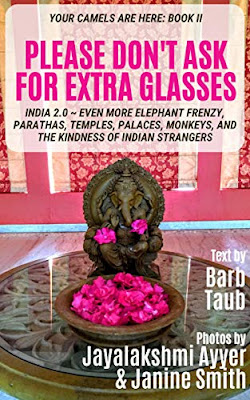 How I discovered this book: I read the last book about Barb, Janine and Jaya's travels, loved it, so had to get this one too!

In A Nutshell: Humorous travel account, India
I've read excerpts on Barb Taub's blog of what would become this book, so was most pleased to see that they, and so much more, had arrived in Kindle format (and paperback).  When I first opened it on my tablet, I thought 'what's going on here?' because it seemed to be in PDF rather than Kindle style, but I soon understood why - it contains masses of fabulous photos of the trip, which add so much to the whole book (particularly the ones of Barb trying to mount and get down from a camel).  By a little deft fingerwork on the screen, you can not only make the text bigger, but the photos too.  There's so much splendid detail in the pictures; I very much appreciated this feature.
From the camel trip in the desert, to the elephant rides (and the avalanche of elephant-themed souvenirs), from Mr CallMeSami's transparent coffee, to masala papad (apparently the most wonderful snack food on earth) and a desert resort that I long to visit, this book is a total winner.  Not only is it beautifully presented, it would also be of use to anyone wanting to tour this part of India.  Other main attractions include many stories and legends attached to places Barb, Janine and Jaya visited, but, most of all, it's funny.  And I mean funny.
Well done Barb, well done Janine and Jaya for the photos, and I hope you manage to get back there again before too long! 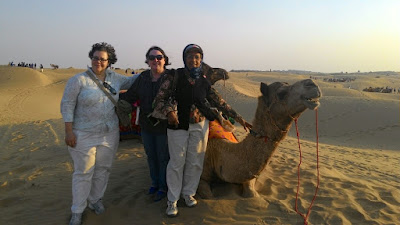 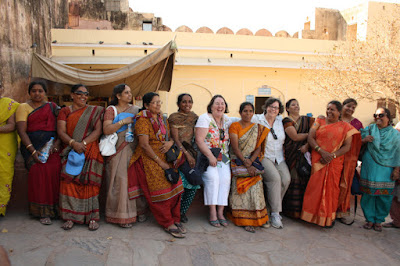 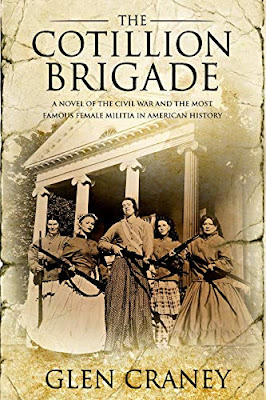 How I discovered this book: it was submitted to Rosie's Book Review Team, of which I am a member.
In a Nutshell: 'A novel of the Civil War and the most famous female militia in American history'
This novel is quite an achievement, and I so appreciated how much it taught me about the American Civil War, a subject about which I knew very little before.
The Cotillion Brigade tells a fictional version of the true story of the Nancy Hart Rifles of Georgia, begun by former debutante Nancy Colquitt Hill, who lived on a plantation.  Her chapters alternate between those of Hugh LaGrange from Wisconsin, on the side of the Abolitionists; he and his men's aim is, initially, to make sure that the territory of Kansas remains a free state when it joins the union.
The novel is intricately researched, and the characters are clearly defined.  I liked the way in which the author wrote the characters authentically, using (some of the) the dialogue they would have used at the time, rather than sugar-coat it too much, so as not to offend the sensitive ears of the 21st century.  He has walked a successful middle line between the two possible extremes.
Nancy was an interesting character from the start; she dived into her new role with the same gusto and impulsiveness that she displayed when all she had to think about was her standing in society, and her love life.  Hugh's side of the story contains all the gritty atmosphere you would expect, and I felt the author had really got into the heads of the people of the time.
My only complaint is the length - I think it could have been chopped down by 20% to gee up the momentum a little.  The first third sets up the lives of Hugh and Nancy in great detail; I thought this, in particular, could have been edited down, though I did love Nancy's wrangles with her rival in love!  As the story progresses into the war itself, and the conditions under which the army fought, the pace did ramp up somewhat.
At the end is a most fascinating author's note, telling what happened to the people after the end of the book - and, best of all, photographs of the characters within and some of the actual places mentioned.  If you have a particular interest in the American Civil War, I would recommend buying this straight away!  As it is, I'm interested in reading another of his books, either The Yanks are Starving (set in the Depression), or The Spider and The Stone set in 14th century Scotland.
Posted by Terry Tyler at 03:34 11 comments:
Labels: 19th Century, 4 out of 5 stars, 4 stars, America, Civil War, Glen Craney, history, Rosie Amber's book review team, Terry Tyler Book Reviews, The Cotillion Brigade, true story

A Matter of Conscience by Judith Arnopp @JudithArnopp How I discovered this book: a favourite author, I was looking forward to it.
In a Nutshell: First person account of the early years of Henry VIII.
I tried to ration this book out as I got near the end, because I was loving it so much.  I sincerely hope Ms Arnopp is hard at work on the sequel, because I want to read it NOW!
This first person story of Henry VIII is written in the present tense, which absolutely works; it's probably my favourite choice for narrative. The account takes us from his childhood until the time, during the years of the Great Matter, when Henry set off with Anne Boleyn on the Royal Progress, leaving Catherine alone.  By then, his marriage to her was over all but legally.
Ms Arnopp has written most convincingly from inside the head of this most famous of English kings.  As a child he was bright, clearly charismatic, easily bored, needing attention but also riddled with self-doubt, especially when thrust into the role of king-in-waiting; these basic personality traits remain into adulthood (as one's basic personality traits tend to), but of course they manifest themselves differently when he is older. 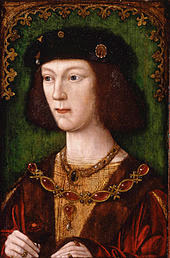 I liked how, at times, Henry is written as an unreliable narrator, in such a way that the reader can see what is going on behind his words with regard to his own feelings and the motives of others.  The way in which he is allowed to indulge every whim not only because he is king but also because of the strength of his personality, is so evident without it ever being stated; I could not help but think that his life might have been happier and less chaotic had he ever been seriously challenged.
The book concentrates mostly on his relationships, not just with Anne and Catherine, but with his father, his sisters (particularly Mary), his daughter, Brandon, and his other friends and advisors; the political and relgious aspects to the story are written around these.  It is an extremely 'easy read', but at the same time I could appreciate the skill that has made it so.  It's so well edited, perfectly paced, without one dip in quality all the way through.  Bravo, Judith Arnopp; this is my new favourite of your books. 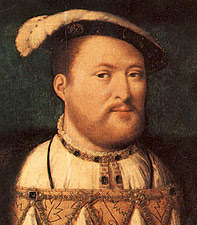