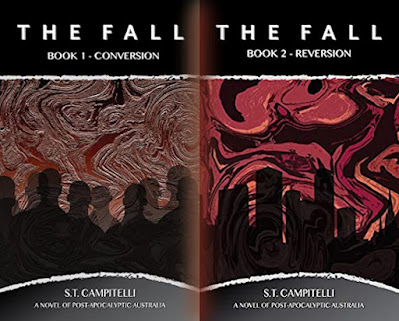 How I discovered this book: Twitter
In a Nutshell: Post-apocalyptic thriller set in Australia
The story begins a couple of years after 'The Fall', when Australia is already divided into warring factions - the well-defended 'wallcoms' - communities in which people can live a life that resembles the 'before', and those who have chosen to live outside the relatively safe walls.  Many of the original wallcoms have now fallen, overrun by the infected, feral beings with white skin.  Once bitten, it's only a matter of time before you become a 'jack'.
Then there is the Headhunter - the standard post-apoc psycho baddie.  A trope that never gets old - every book of this genre needs at least one!
The author concentrates on several main characters, each one of whom tells the story from their POV, always in the third person.  John Bradley is a regular guy who goes out with the scavenging teams, though wife Helen wishes he would choose a safer occupation.  Reading this, though, I couldn't help thinking that I'd want to do what John does, too, instead of hiding behind the walls in an illusion of safety.  The sense of adventure is full-on, with missions described in detail.  Anyone who has fantasies of living in a post-apoc world (that's me with my hand up) will be drawn to this.
The book is plot- rather than character-driven, which meant that I sometimes had trouble remembering who everyone was, but the dialogue totally works and the writing is such that some characters were still three-dimensional to me: John, his mate Matt, rockers Skylar and Harley (loved them!), and the Headhunter.  I loved the inventive details about the technology, the spectacularly good world-building, and the chapters from the POV of the infected.
Good stuff, post-apoc lovers.  Book #2 is also available, and I believe Book #3 is in progress.
Posted by Terry Tyler at 04:34 No comments:
Labels: 4 out of 5 stars, 4 stars, Australia, Dystopian, dystopian books, post apocalypse, Post Apocalyptic, ST Campitelli, Terry Tyler Book Reviews, Thriller

THE WAY THE LIGHT BENDS by Lorraine Wilson #RBRT #TuesdayBookBlog

Publishing on Amazon on August 2nd
On Goodreads

How I discovered this book: it was submitted to Rosie's Book Review Team, of which I am a member.
In a Nutshell: Love, loss and the supernatural 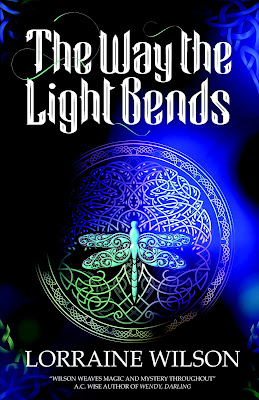 An interesting and unusual book that centres around two sisters: the unconvential, wildhearted Tamsin who cannot come to terms with the death of her twin brother, Rob, and perfect Freya, the older sibling with the perfect husand and perfect job.  Then, a year after Rob's death, Tamsin disappears without trace, as does her boyfriend, a curious and shadowy figure about whom nobody knows anything much at all.
The book is written in two time frames, and from two points of view - Tamsin tells her story in the first person, gradually letting the reader into the turmoil in her mind, and showing what led up to her disappearance.  Freya's sections are told in the third person - these are good choices, just right for the story.  Freya's account shows her own, deepening turmoil as she grieves for Rob and becomes obsessed with finding Tamsin; she feels increasingly isolated, and begins to question everything about the way her family lives.
The setting is Scotland; Perth, St Andrews and a couple of other locations. Tamsin and her friends worked in the grounds of old country house, and ran 'forest schools' for children; I loved all the detail about this.  The novel is beautifully written and flows so well.
Any negatives?  Sometimes I felt the descriptive passages were a little long-winded, when I wanted to get on with the story and find out what Tamsin's mysterious boyfriend was all about, and I was underwhelmed by the ending, which I thought a little wishy-washy after the build-up, but I did enjoy reading this book; much of the prose has an almost poetic, ethereal quality to it, reflecting the subject matter, and certainly the author should be proud of it.
Posted by Terry Tyler at 07:55 1 comment:
Labels: 4 out of 5 stars, 4 stars, bereavement, RBRT, Rosie Amber's book review team, Scotland, supernatural, Terry Tyler Book Reviews, The Way The Light Bends

UNTIL THE TWELFTH OF NEVER by Bella Stumbo

How I discovered this book: I sought it out after watching TV dramatisations.
In a Nutshell: In depth analysis of the Betty Broderick divorce and murder cases. 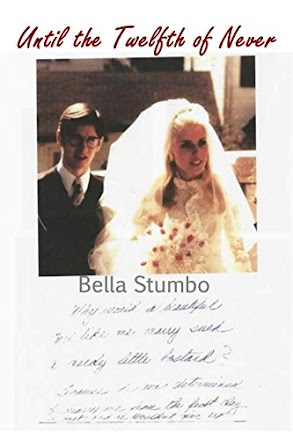 I've been meaning to read this book for ages; I've had a moderate fascination for the case since seeing the TV movie A Woman Scorned, starring Meredith Baxter as Betty Broderick, and then Season 2 of the Dirty John series on Netflix.
In case you don't know about it, the Brodericks were an ambitious, affluent San Diego couple; Betty had made a career out of being the supportive wife and mother, and they were very much part of the A List social set in La Jolla, on the idyllic San Diego coastline.  In the 60s and 70s, back east, Betty worked at menial jobs as well as bringing up their children so that Dan could quit his chosen medical profession and go back to college to get a law degree.  Sixteen years on, when all their hard work had paid off, Dan started an affair with his legal assistant and told Betty he wanted a divorce.  Six years later, Betty entered the bedroom of Dan and his new wife and shot them both dead.  This book is, for the most part, about what led up to this event - and whether or not Betty deserves any sympathy at all for robbing her children of both parents (as she has been in prison ever since), and for the grief her actions caused three families. 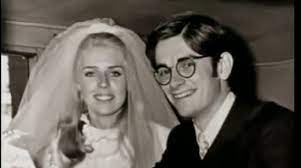 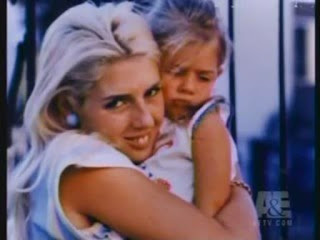 At the back of the book Ms Stumbo reveals many of her sources; family members worked with her, as well as people who knew all relevant parties well.  I have no doubt that it's an accurate assessment, though it's a long book.  I felt that it could have been chopped down in places; just because every minute detail of a court hearing is known, it need not, necessarily, be included in an account such as this.  I admit to skip-reading some of the minutiae of the court cases. It becomes somewhat repetitive in places, as no detail is spared  Also, it needs a better proofread. 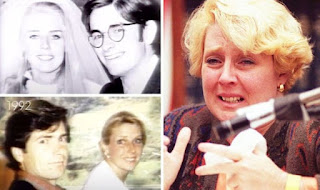 Ms Stumbo talks about whether interviews on TV and in the press were 'pro-Betty' or not, but having read this I don't think there's anything black and white about it.  Yes, Betty was a piece of work and then some, even before the murders, but by all accounts she was treated appallingly by Dan and his girlfriend over the six years - when Dan and Betty were still living together he denied and denied that he was sleeping with Linda, telling her she was going crazy.  He had her jailed for some of her less advisable actions (like driving her car into his house), had her committed for psychiatric treatment, denied her access to her children, and so much more.  Linda insisted on recording the household answerphone message, so Betty had salt rubbed into her wounds every time she rang up to speak to her children.  Betty wanted items from the house such as her wedding china, and Linda wouldn't let her have them.  Etc., etc.
Betty's life was destroyed, whereas Dan's carried on just the same, except that he had replaced Betty with a younger model.  For Betty, it was like Linda had stolen her life, and she was being punished for not slipping meekly into divorced obscurity; at that time and in the circles in which they moved, a single, divorced woman was automatically persona non grata. 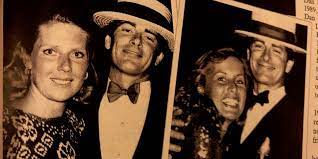 Then again, she was impossible to deal with, irrational, foul-mouthed, obsessive...
This book really is 'no stone unturned', with details about Betty's life in prison, too, and it does give a balanced viewpoint, particularly when concerned with how those poor children were affected.  If you're interested in the case, I recommend!