THE PRODIGAL by Nicky Black 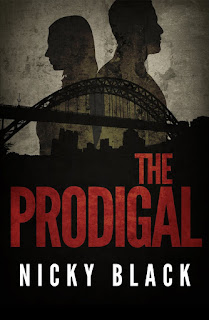 About half way through this book I discovered that Nicky Black is actually a combination of two friends called Nicky and Julie ~ Julie originally wrote this as a screenplay for Granada TV, though it was never shown, and then she passed it to Nicky to turn it into a novel.  Shame it never became a TV series, it would have been terrific!

Nicky might have been given a readymade, extremely good plot to work with, but the writing of this novel is surely down to her own skill - in the wrong hands it could have been flat, clichéd, the characters ghastly stereotypes, the action tired, etc etc.  The Prodigal is none of those things - it's excellent, I enjoyed every page and didn't skip read once!

London cop Lee Jamieson returns home to Newcastle, and becomes mixed up with Nicola Kelly, wife of local hoodlum Micky.  The story is told through the eyes of Lee and Nicola.  Lee also gets to know Louise, his teenage daughter who is the result of his own teenage relationship with her mother, Debbie.  Valley Park, the council estate around which the novel centres, is fictional, but I am sure it's a well drawn representation of those that exist.

Lee escaped life within the underclass of society after his own family tragedies; there is one particularly emotive passage when he looks into the eyes of Nicola's troubled young brother, Mark, and sees what he might have become had he stayed there.

One of the reasons this novel was of interest to me is that I moved up to live in this area (nowhere like Valley Park, thank goodness!) about six years ago, so I recognised not only the landmarks but also the language; I've always been amused by the sound of teenage girls referring to each other as 'man'!  I liked the way the story outlined the differences between the north and south of England that really do exist, and the futility of the regeneration projects in poor areas - as Nicola so rightly points out, it's not the houses or estates that are the problem, but the people who live in them.

The plot's great - I love a bit of gangster conspiracy, and it all fits together nicely, with the twists not being too obvious and nothing unfeasible taking place.  Any negatives?  Only one - throughout the book there is a fair amount of 'head-hopping', ie, the point of view changing suddenly; I'd think, hang on, I thought I was reading through Lee's eyes, but suddenly I'm seeing it through those of Debbie.  This isn't too obtrusive, though, and it probably wouldn't bother most people.

The Prodigal is realistic without being over the top, perfectly paced and held my interest throughout - loved it!

A COMPANY OF ROSES by Megan Goodenough 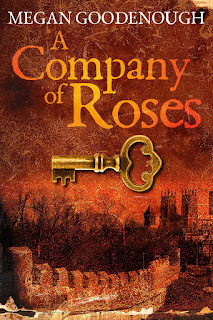 A mystery-thriller with a historical twist—wealthy young artist Lacey disappears after a boozy night out, and leaves friend Cas with cryptic clues to find both her and an Elizabethan treasure that holds the key to a dark conspiracy.  Cas soon finds out, though, that she is not the only person looking for Lacey; enter Reuben, attractive undercover government agent who pretends to be an insurance investigator, accompanying Cas as she races around the country.


This novel started promisingly, with a nice bit of Tudor intrigue followed by the girls' night out on which Lacey goes missing, as observed by Reuben.  Cas is a most engaging character throughout, and I think she would appeal very much to other twenty-something girls just out of university and embarking on life in the working world, while partying hard—I liked her, she was very well drawn, and Reuben appealed to me straight away, too; I could see why Cas was so taken by him.

The book is very current, with some nice observations, like the description of girls shopping for engagement rings with their boyfriends as 'sharp toothed trophy hunting demons' (I loved that!), and Grandma's advice that 'it's not people's right to know things about you, even if they think it's their right to ask'—so true!  People familiar with the cities in the book will like reading about them, and the plot is a great idea, too.

Alas, despite all its good points, it didn't quite work for me, though.


Many thrilling government conspiracy stories are perhaps a little far-fetched (though, indeed, who knows?), but even in fantasy the activities of characters need to be feasible within that fiction, and Cas's almost immediate sussing out of the beyond cryptic clues and dashing around the country followed by Reuben was, on many occasions, too unlikely to allow me to suspend my disbelief.  Then there were instances like her buying a single ticket to York instead of a return, even though they were the same price and she needed to get back - this was explained as a hangover from her wacky student travelling days when she never knew where life might take her, though a ticket from Brighton to York must cost something in the region of £100, and Cas was just an ordinary girl with a shop job.  Or Reuben leaping across a bridge to stop a fight in a neighbouring carriage, then charging back in time catch their own train, even though it was moving off as he was running up the stairs - um, impossible, the doors would be closed!  If these sort of things don't bother you, though, you'll enjoy it.


I think a good, professional edit would iron out the daft/unlikely, and the few errors (things like something being 'five foot away' - it's 'feet', 'foot' is the singular), and also it's a bit messy, with some oddly or clumsily phrased sentences and narrative that needs tidying up.  I believe this is Ms Goodenough's debut novel; she clearly has a good imagination and storytelling skill, and this is a fair start.  I wish her all the best with her writing career.

BACK TO CREATIVE WRITING SCHOOL by Bridget Whelan 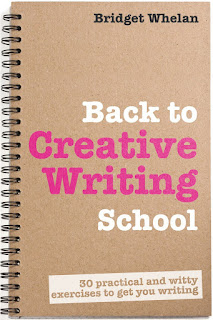 There are two distinct schools of thought concerning creative writing courses and 'how to' books: those who consider writing a skill that can be taught, and those who think that the ability to write compellingly is an innate talent that you either have or you don't; yes, your craft can be improved upon and can go to pot if you don't watch out, but if you don't have what it takes to keep readers turning the pages, no amount of diligent study/applying of advice will make that much difference.  I stand, arms folded, in the latter camp and thus approached this review choice with cynicism.

However!!!
I am delighted to report that I now see my view was a little blinkered, and I bow to Bridget Whelan's expertise.


Back To Creative Writing School is a charming, inspiring book that encourages the reader to discover the rhythm and beauty of words.  At first I thought it was just a basic beginner's guide for the student who has never tried to write so much as a descriptive paragraph; some of the instruction goes right back to the things you learn at school (hence the title, I'm guessing), like the difference between similes and metaphors.  Many of the exercises, though, are so clever and unusual that they might help undiscovered talent to bloom—which is, I think, the book's strength. 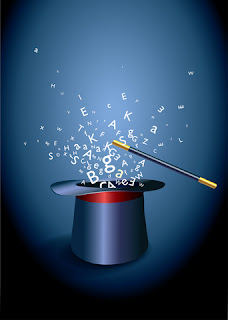 By the time I was half way through I'd found myself thinking, 'hmm, yes, that's a good point' several times, to the extent that I'd recommend any fellow 'old hands' to give this a read, too.   I'll be the first to agree that writing is a constant learning process, and it's good to remind oneself of the basics.  I nodded my head in agreement at the examples of the unrealistic, information heavy dialogue often found in debut novels, the explanation about unnecessary adjectives and adverbs, the warning against the dreaded clichés and 'telling not showing', the use of onomatopoeia and alliteration.  The only section I was not so keen on was the one about humour—I reckon that writing 'funny' is something for which you really do need to have an in built knack.  The ability to analyse why something does or doesn't work doesn't necessarily provide the fine skill necessary for effective comic timing. 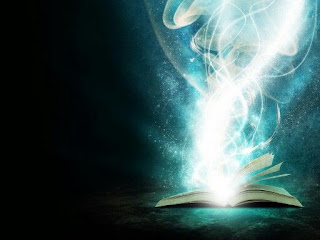 A few 'thank yous' to Ms Whelan: 1) for the excerpt of James Joyce's The Dead—I have not read The Dubliners since 'A' Level and had forgotten how much I loved it; 2) for making me laugh: I have about 200 superfluous occurrences of the word 'just' in all my first drafts, too!! And 3) I am one of the 3% of people referred to in the book who have the condition synaesthesia (a sensory mix-up in which you see see letters, words and music as colours), and this was a reminder of what a gift it is to a writer.

In short: the innovative exercises in this book won't teach you how to produce a spellbinding novel, but if you do have the talent they could well unlock the door to a new creative world. 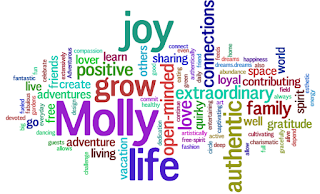 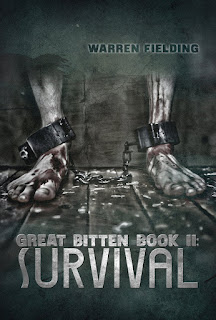 The prequel to this book, Outbreak, was the first of this genre I read, and I loved it ~ this was when I discovered that zombie apocalypse books aren't a load of childish comic book nonsense, but are all about the ways in which human nature reacts to the world turning upside down.  There is a link to my review, below.

I've since discovered through reading lots more post apocalyptic books (not all zombie orientated) that there are many plot standards, and Survival deals with one of them, ie, the discovery of a 'safe haven' community that turns out to be something other than is initially perceived.  Dawn Peers (Warren Fielding is the protagonist's name) has done a bit more with it than most, though.  The character of Warren is great, I could really get along with this guy!  All her characters are clearly defined, I could 'see' them all.

Ms Peers is an excellent, sharp, insightful writer, she has so much of the basic storytelling knack, and this book didn't bore me for a moment; I'll definitely read the next one.  As far as the genre goes, it's got oodles of zombie stuff going on for people who like theirs packed with goo and gore, but enough of the character relationships/philosophical thought business, too.  I've only given it 4* rather than the 5* it could have had, though, because I felt it needed another redraft to tighten it up, and perhaps a final copy edit to get rid of the missing punctuation, occasional grammar error, and to add the occasional 'I said' or 'Rich said' in the long streams of dialogue; I had to trace back to see who was talking, several times.  A copy editor might also advise against calling two main characters Rich and Rick - that was seriously confusing.

I'd most certainly recommend this book if you like this genre - and I'd love to see that final polish on the work of this writer, to do it justice. 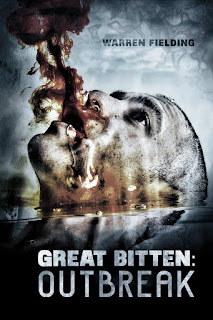 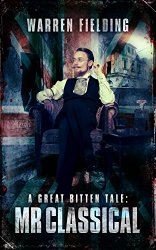