THE AMERICAN POLICEMAN by John Privilege 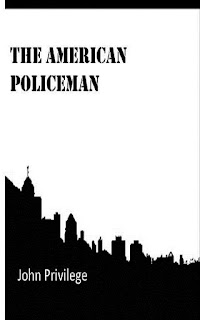 I adored John Privilege's first novel, The Turning of the World, so leapt on this when it came out.   I started to read it almost immediately, but couldn't get into it.  Has that ever happened to you?  You start to read a book you think you're going to love and it just doesn't 'speak' to you at all?

I left it.  I started it again yesterday, two weeks later—and, from the first sentence, I found it unputdownable.  Weird; I think I must have just been tired or in the wrong mood the first time!  Then, I thought there were too many characters, and I couldn't work out what was going on.  The second time, I could visualise it all straight away.  I'm only saying this because there ARE a lot of characters introduced in the first 5%, and it leaps straight into the action, so if you get confused, too, put it down and try it again later! 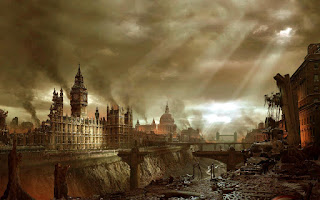 This is really, really, really good, I loved it, even sneaking five chapters in at 4.30 in the morning when I woke up to go to the loo!  The basics:  It's set in London, a fair amount of years after a pandemic which destroyed the world as we know it.  Enter The Collective, formed by (amongst others) relics of the old government, who transform London and the South from a dangerous world of terrorising gangs into a supportive and safe society.  Detective Timothy 'Con' Conlan is charged with solving a gruesome murder, the first in the capital for two years.  But this is no ordinary murder.... 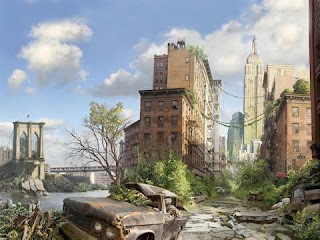 Con is a terrific character, so much more than your average American cop with a personality disorder.  I loved the structure of the book, in particular.  I'm a great fan of well-placed back story, and this has plenty of it—gradually, we are shown what each major character did 'Before' (ie, before the pandemic), and, most importantly, during the 'Breakdown' (when the world went to pot afterwards).  We also, later on, learn more about Con's upbringing.  I love stories about the breakdown of society, so found these parts fascinating, and they brought the whole thing together—that's the art of good back story writing, I think, to not only stick it in the right place, but also write it so well that the reader finds it as absorbing as the main plot line.  And this book is certainly written well.

The Kindle formatting is a little random in places, I've mentioned that for those who are bothered by such things, but it didn't matter one jot, I would have loved reading this if it had been typed on a manual typwriter and presented to me on tatty bits of paper.  John Privilege has a fabulous imagination, and has dreamt up the state of the post-pandemic world so well.  The suspense is just right, and the end 'twist' not only worked but surprised me.


THE TURNING OF THE WORLD by John Privilege reviewed HERE 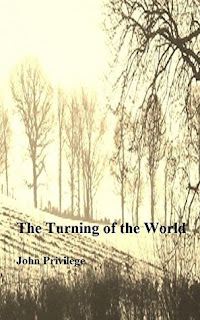