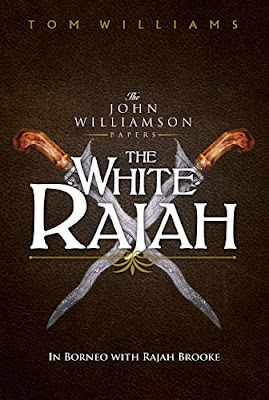 How I discovered this book: it was submitted to Rosie's Book Review Team, of which I am a member, though I'd bought it anyway.
In a Nutshell:  the story of James Brooke, who became the ruler of Sarawak in Borneo, in the 19th Century.
I read the third in this series (the Williamson papers), Back Home, five years ago, and adored it - they're all stand alones.  I read Book #2, Cawnpore, shortly afterwards, liked it but in a 4* rather than a '5* OMG' way, and never got round to reading The White Rajah. Then I watched the film Edge of the World, starring Jonathan Rhys Meyers as James Brooke, and thought, I know of a book about this...
In short, it's a fair bit different from the film, in that it's written from the fictional John Williamson's point of view - he is cast as an interpreter who went with Brooke to Borneo.  However, I recognised the atmosphere and the chain of events, but even if I hadn't, I thoroughly enjoyed this book - and apparently it is far more historically accurate than the film!  Tom Williams is a fine writer and a most engaging storyteller, his style perfect for the time period, and I was engrossed from the first page.  His characterisation is subtle and clever, and the narrative is not without humour (the earlier Governor of Sarawak's military strategy).
I loved reading about the different tribes in their long huts and the traditions; I would have liked to read more about them.  Of course, the attitudes of the British men are of the time, and at first they see it as their God-given right - nay, duty - to bring 'civilisation' to the natives, though there is a rather nice passage in which Williamson observes a tribe and considers that they seem quite happy and efficient as they are, thank you very much.  About the Dyaks: 'These were a people who knew not the poorhouse nor the lockup, whose lives were not blighted by working in great factories.  They knew nothing of steam locomotives or spinning machines but led a simple life at one with nature.'
Highly recommended:  'A tale of adventure set against the background of a jungle world of extraordinary beauty and terrible savagery'. 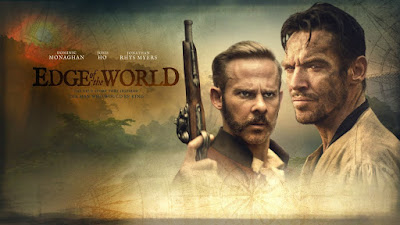