How I discovered this book: it was submitted to Rosie's Book Review Team, of which I am a member.
In a Nutshell:  Anthropologist Veronica finds prehistoric man frozen but still alive in a thawing bog. 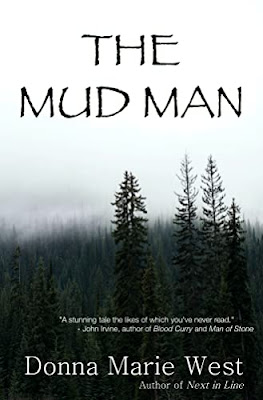 An interesting book!
What I liked:
What I was unsure about:
Having said all that, I did want to keep reading, all the way through, because of the storyline itself.  It's not a bad book at all; I just think it needs a firmer hand!
Posted by Terry Tyler at 22:11
Labels: 3.5 stars, anthropology, Donna Marie West, pre-History, Rosie Amber's book review team, Terry Tyler Book Reviews, The Mud Man